The following are my notes and thoughts from the Turnitin UK User Group on 12th February 2014.  Please feel free to add comments if I missed anything or it’s not clear.
#tii_feb14 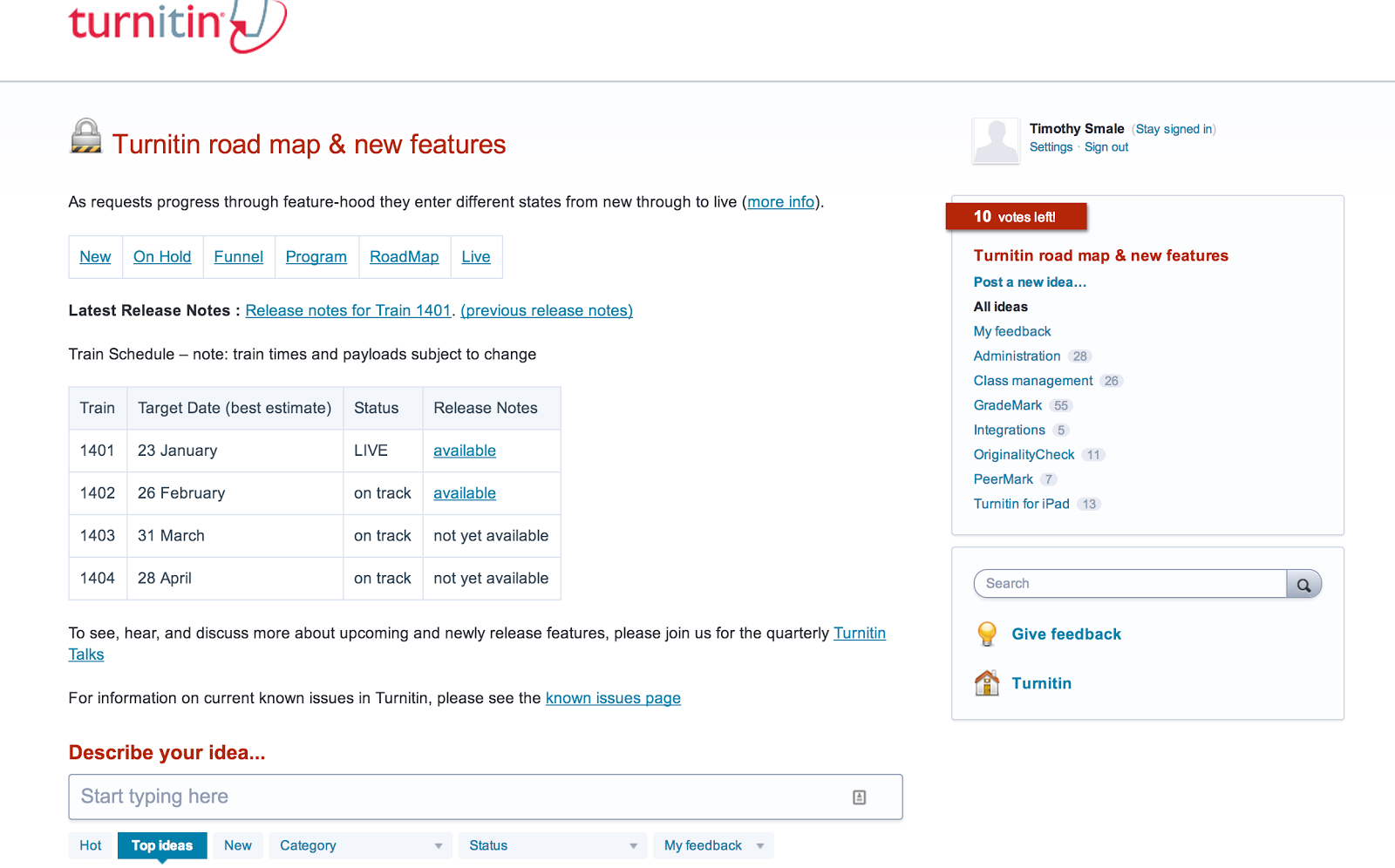 12:00 Turnitin Roadmap with Will

Sorry I’ve been told I can’t blog this section 🙁 but turnitin tweeted the following:

14:00 Integrations Roadmap with Will 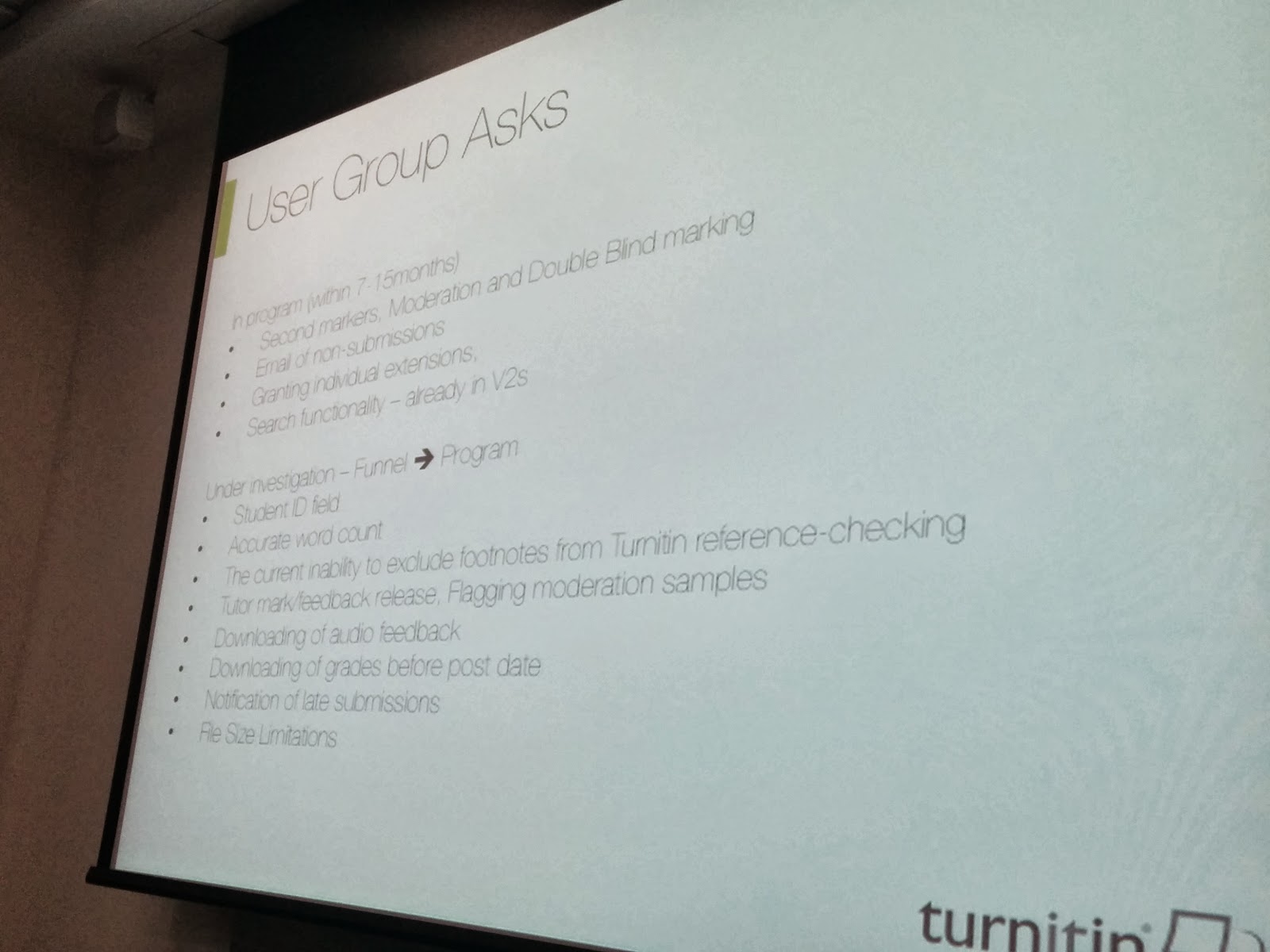 Next Gen Aspirations
At present using LTI 1.1, looking to move to LTI 2 when it’s out and would like to be on it by Summer 2015.
I asked about the ability to see who hadn’t submitted as there is on the iPad. It would seem that that ability on the iPad is a bug! I’ve begged for them not to fix it but other argued that this circumvents the anonymous marking.  Will suggested the possibility of an option to show or now show.
It was asked if there could be SITS (Tribal) integration to allow for grades to flow across.  Tii said they and Tribal aren’t agreeing on the need for it at present.

Some time over the summer there will be an opt in for the beta programme. Everyone will see the beta programme but the administrator will have a password so as to define who can and can not access it.  This will run until the end of the year then it will become an opt out option. The opt out will go in summer 2015.
Legacy integrations to be replaced and cut off. This date is summer 2016.  They want to remove people long before that though.

In development is support for IE10 and IE11 and markup for Video.  You’ll also be able to exclude matched (rather than just sources). 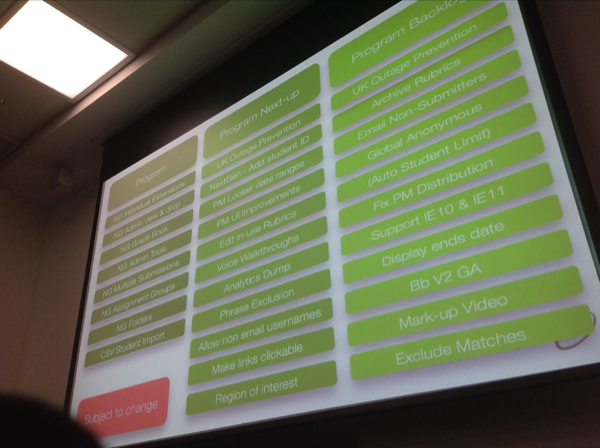 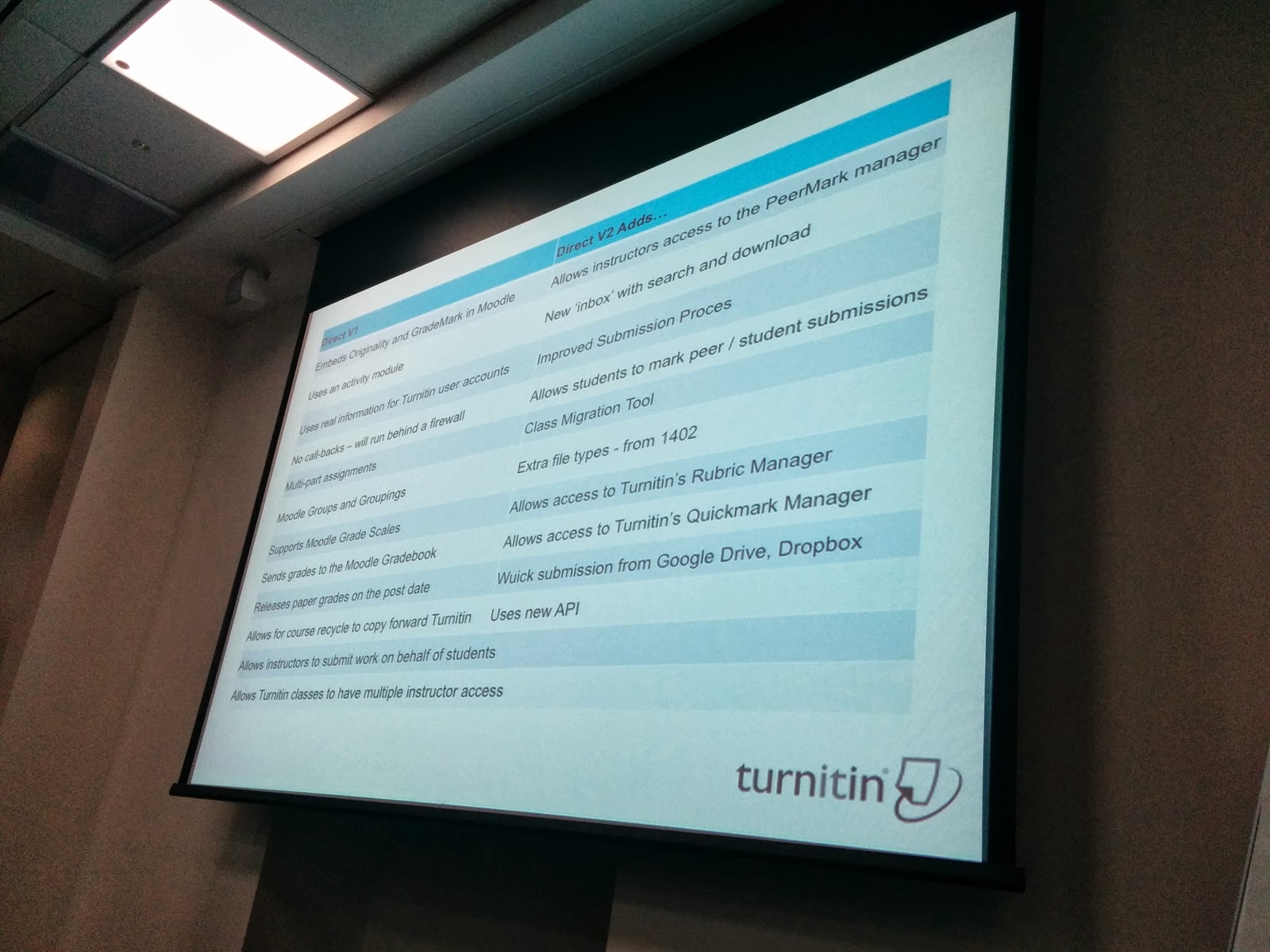 Will was re-asked about the ability to have more than 1 administrator.  He said it is coming but in the short term the administrator will be given better access to go straight into classes.

This site uses Akismet to reduce spam. Learn how your comment data is processed.